Virtual sessions hosted by liquid fuel trade association OFTEC, which also champions the interests of oil heated households, highlighted to MPs and party members how current proposals would unfairly penalise those living off the gas grid.

Fears have been raised that under existing policy plans to reduce carbon emissions from rural homes, oil heated households would be among those expected to buy expensive electric systems called heat pumps which cost over £10,000 to install.

OFTEC is urging the government to give rural households more choice and support oil heated homes to switch to a renewable liquid 'biofuel' made from waste cooking oils, fats and greases. Homes wouldn't need to change their heating systems and could continue to enjoy the benefits of liquid fuels, such as topping up when they want to and shopping around for the best price, whilst drastically reducing emissions. 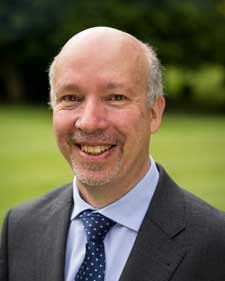 Malcolm Farrow, who represented OFTEC at the party conference events, said: "This is a crucial time for oil heated households. Rural properties tend to be older and poorly insulated which makes them unsuitable for heat pumps without spending tens of thousands of pounds on disruptive home improvements. This just isn't realistic for most and especially rural households who are more likely to be on lower incomes and experience fuel poverty.

"We all agree that carbon emissions must be reduced from our homes but the cheapest, easiest route for many of those on oil is to switch to a renewable biofuel. It's crucial we stand up for the interests of oil heated homes."

Currently, 2.4million homes in the UK are classed as 'fuel poor' and struggle to afford their energy bills. The cost of switching to heat pumps could force more households into debt and lead to even higher levels of fuel poverty, particularly when many are already struggling with reduced incomes due to the coronavirus pandemic.

More information and advice is available.here.